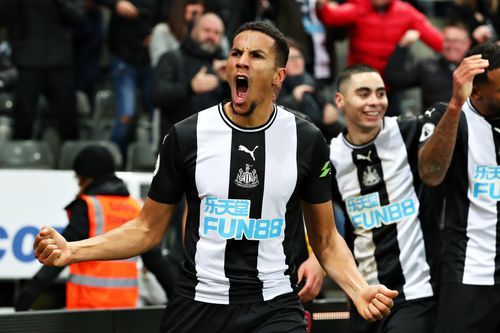 Howe explained the omission of the Arsenal Academy graduate in his pre-match press conference on Monday morning ahead of the crucial home game against Everton in the Premier League. According to him, Hayden suffered a long-term knee injury in December and that played a big part in his exclusion from the Premier League squad for the second half of the current season. His spot in the team has been taken by fellow midfielder Bruno Guimares who arrived at the club officially just before the winter transfer window closed last week. The Magpies paid an initial fee of €40m plus €8m in add-ons to sign the Brazil international from Lyon in the French Ligue 1.

Newcastle United paid around £13.5m to sign Lewis from Norwich City at the start of last season and he won’t play again for the club this season. Howe said that Lewis missed out due to a groin problem as he said that the Northern Irishman has been managing the issue for a year. His place in the 25-man squad was taken by English player Matt Targett who joined Newcastle United on loan from Aston Villa on deadline day of last month’s winter transfer window.